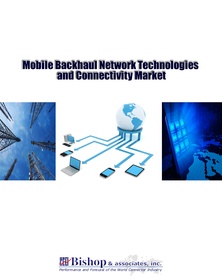 Wireless networking of all types — cellular, LAN, WAN, WiFi, and satellite — is undergoing a period of transition. While it took more than five years for cellular sites to be upgraded from 2G to 3G, it appears that the conversion from 3G to 4G or LTE will be much shorter. In 2011, Verizon claimed that the changeover would happen before the end of 2012. That was a bit optimistic given the current economic conditions, but Verizon, and its largest rival AT&T, have made great strides in installing 4G-LTE. There are many more factors driving this upgrade than there were in play when 3G was being deployed. Smartphones were just coming onto the scene, and the tablet computer had not yet been invented. Now these devices are everywhere and their users want to be connected all the time, which has put a tremendous burden on aging 3G networks.

Since the release of the SmartPhone and the tablet, mobile networks have seen an ever-increasing need for better data handling. Thus, we have seen the progression from 2G to 3G and now to 4G-LTE. While all of these new front-end technologies are great, they have pushed the bottleneck into the backhaul network. So now mobile users can connect to the wireless tower quickly, but the data gets stuck in the queue at the base-station, where there may be a Gigabit Ethernet connection handling 100’s (in some cases perhaps 1,000’s) of data requests.

Carriers are addressing the need to enhance mobile backhaul networks in several ways, depending on where they are in the world and how many subscribers they cover. Solutions range from pico-cell microwave transmission to Carrier Ethernet-over-fiber. 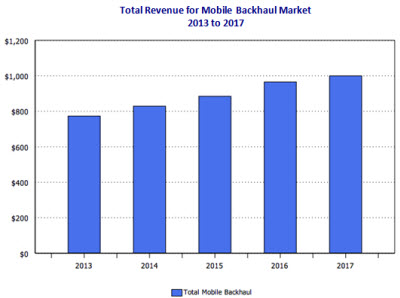